An alignment of events on different continents... 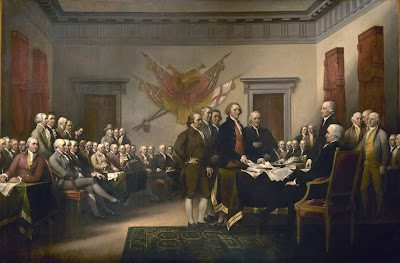 [John Trumbull: Presentation of the draft of the Declaration of Independence to Congress]
Towards the beginning of the American Revolutionary War, almost 15 months after the Continental Congress had courageously declared their independence from the British Crown, the British attempted to deal a fatal blow to the rebels' cause by taking their capital Philadelphia on September 26 1777.

Three days earlier, on a different continent, a 21-year-old Mozart, having resigned from his employment in Salzburg, had boldly set out, accompanied by his mother, on an extended European trip in the hope of securing musical and financial success in Paris and other European cities (an endeavour that ended in tragedy and failure).

In March 1778, while tensions between America and Britain escalated to a new level following the decision by France to take the American side, the Mozarts arrived in Paris. Mozart's mother Anna Maria noted with interest in her letter to her husband on 29 May 1778 the tense political situation (with the likelihood of war between France and Britain). Following France's support of the United States the British were forced to change tactics, evacuating Philadelphia on June 18 1778 in favour of defending New York from the French. 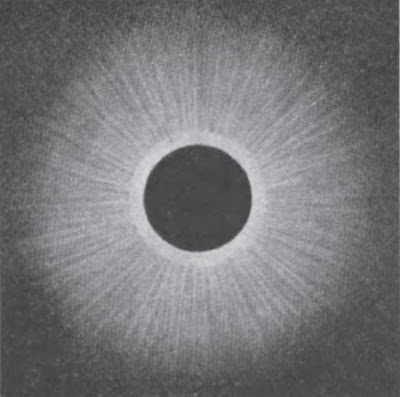 [24 June 1778 Solar Eclipse by Antonio de Ulloa]
Six days later, another dramatic event took place with the first ever recorded total solar eclipse in the US on June 24 1778. The event was keenly anticipated by none other than Thomas Jefferson, whose astronomical enthusiasm was only curtailed by the weather, as he wrote to his astronomer friend David Rittenhouse (while congratulating him on the recovery of Philadelphia): "We were much disappointed in Virginia generally on the day of the great eclipse, which proved to be cloudy. In Williamsburgh, where it was total, I understand only the beginning was seen...".

Back in France the young Mozart had more pressing concerns with the sudden and unexpected decline in his mother's health. Anna Maria Mozart had only reluctantly agreed to accompany her son on this extended European trip while Mozart's father, Leopold, and sister, Nannerl, stayed behind in Salzburg. Exhausted after the long journey to Paris, and living in poor accommodation in order to save money, Anna Maria Mozart's health became dramatically worse in June 1778. On June 19, the day after the British evacuation from Philadelphia, she became bedridden and within days was given last rites, dying on July 3 and leaving her son to convey the dreadful news to his father back home in Salzburg. The Paris trip had been so unsuccessful financially that Mozart was forced to use his mother's precious amethyst ring to pay for the nursing expenses. The dysfunctionality of Mozart's relationship with his father is typified by the way Leopold, for the rest of his life, blamed his son for Anna Maria's tragic death. 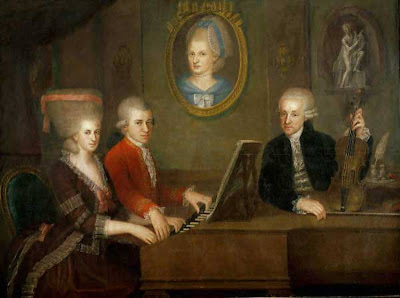 [Johann Nepomuk della Croce: the Mozart family c.1780, showing Mozart and his sister Nannerl at the keyboard, with his father Leopold holding a violin, and his deceased mother Anna Maria represented in the portrait on the wall.]
Mozart's Sonata in A minor K.310 was written during the bleak summer of 1778 and has long been thought to be a reflection of the composer's dark mood during those terrible weeks. Music was such a dominant force in Mozart's life that it's also very likely he sought refuge in it, becoming more focused than ever on his art, as the music clearly shows.

Posted by Jack Gibbons at 3:26 AM No comments: